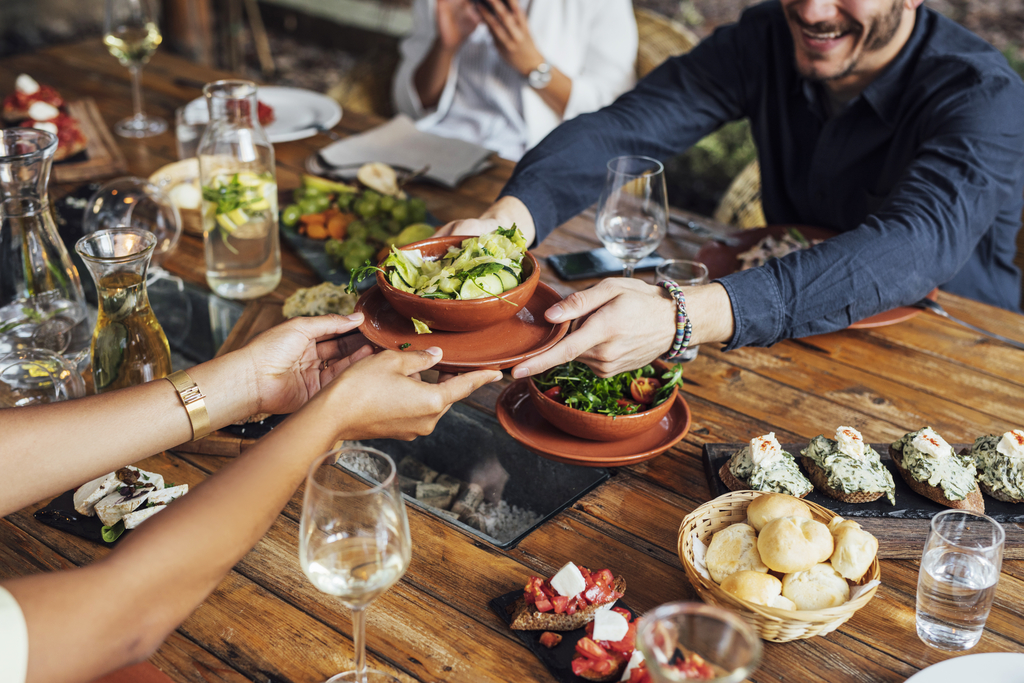 If you’re looking for somewhere new and interesting to eat while you’re walking through the streets of Atlanta, you know that you have a lot of options. Whatever your cuisine of choice, Atlanta doesn’t disappoint.

For those of us who want to cut down on our consumption of animal products, though, we’re always more limited! How can we find the food that we love without the animals that we’re not looking to eat?

This is when you know it’s time to find a local vegan restaurant to make you plant-based food that won’t leave you looking elsewhere for flavor.

But why not cook at home? Why not support one of the local vegan-friendly restaurants that still stock animal products?

These are fine options sometimes, but let’s talk about a few reasons that you should be supporting your local vegan restaurants instead.

When you shop local you’re supporting someone in your own community. Family-owned small businesses are the heart and soul of Atlanta (and America in general). But so many people would rather throw their money at chains with similar prices and poorer quality just because they’re “comfortable.”

There’s nothing wrong with visiting a chain restaurant when you’re crunched for time and money, but you’re supporting a corporation, not your local friends and family who are trying to make ends meet and support and improve their business.

When you put more money into local vegan eateries you’re putting more money into the Atlanta economy, not into the pockets of some CEO somewhere who doesn’t care about the food or the customers.

You’ll also know that your food is made by hand and with care, not by someone who’s reheating packets of food that could go to any customer.

The more local vegan restaurants you support, the more competition arrives. Each one has to work to be better than the others, making the overall Atlanta food scene even better.

What’s not to love? Encourage your local entrepreneurs, especially in 2020.

2. You Can Take a Night Off

Vegans know the struggle of not being able to order in their favorite foods. Many vegans have become great cooks because they know they want the great foods that they’re looking for but finding them out in the world is a whole new kind of challenge.

As more and more people opt for (at least partially) plant-based diets, vegan eateries are becoming more common and making better food. Gone are the days where being plant-based on a restaurant hunt meant settling for salads (with modifications) and low-protein pasta dishes (also with modifications).

Take a night off from your expert cooking to find something that fits your diet and your tastebuds. You deserve to have someone cook for you once in a while!

3. It Tastes Better Than the “Real Thing”

What is “the real thing” anyway? We default to meat-based foods drenched in other animal products, so how do we make something new out of that?

In reality, so many “regular” foods can be made vegan. Not only that, they can be made better.

Vegan foods are often better for you. Cutting down on meat protects your heart and body from future health issues. Even cutting meat out a few days per week is a great improvement.

Not only this, but a good vegan restaurant can feed your “standard diet” friends. They might know that the food is vegan (why trick people?) but they’ll also see how good vegan food can taste!

Don’t restrict yourself to salads. Take your friends out for tasty “cheese” covered sliders, creamy “alfredo” pasta dishes, classic po’boy sandwiches, and anything else that you can dream up.

These things can be vegan and taste better than the non-vegan food that you remember.

4. You Won’t Contribute to Factory Farming

This is the big draw to veganism, isn’t it? Factory farms are a burden on the environment and the standard American diet.

You might think that it’s enough to eat at places that offer vegan options. It’s true that this applies in some circumstances.

When you order a vegan-friendly dish from a chain, the money that you’re paying still goes into buying more meat products. When you buy local vegan options, your money goes to local people (and more vegan food!).

In other words, vote with your wallet.

Let’s face it, many restaurant workers in chains aren’t treated very well. They don’t care that much about the food that they’re serving because they’re just cogs in a machine that tend to make minimum wage (or below).

If the servers are vegan themselves, they’ll be more excited and enthusiastic about the food that they’re bringing to you.

Furthermore, you’ll get higher-quality food in a local vegan business. The cooks are specializing in vegan food, so you won’t be getting a cook who is throwing something together and hoping for the best. The foods are made to be vegan, not made to rely on substitutions for vegan customers.

Supporting a local vegan restaurant means supporting your community, your ethics, and your tastebuds. Eating tasty vegan menus is self-care. Treat yourself!

If you’re looking for a local vegan restaurant in Atlanta, we want to get you the best vegan food you can eat. Check out our menu and order vegan versions of some of your favorite foods today. We can’t wait to cook for you! Visit us to dine-in or order online!