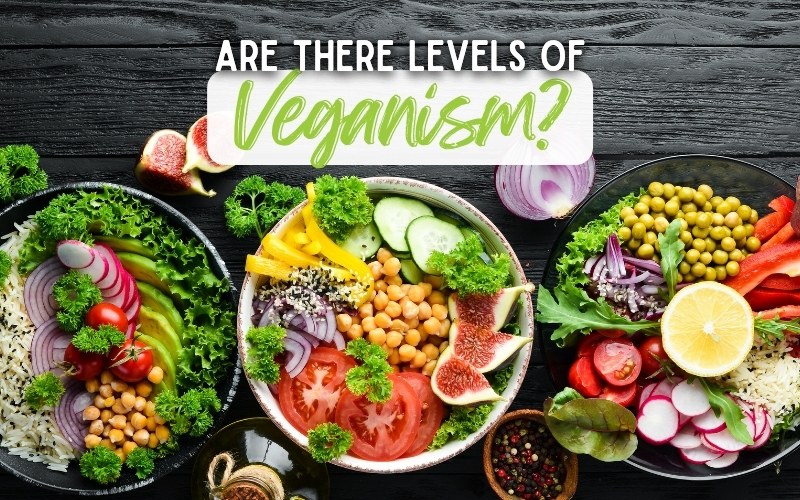 Are There Levels of Veganism?

People who dig deeper into the philosophy and lifestyle become surprised that there are varied types or levels of veganism. Contrary to popular belief, there is no one-size-fits-all way to eat and use products that coincide with this animal-friendly and healthy culture lifestyle. Since people have different reasons for diving into veganism such as care for animal welfare, religion, health reasons, and other preferences, you can choose which one suits your purpose better out of the wide range of options at your disposal.

Whether there are levels of veganism is all subject to perception but one thing is for sure: there are several types and you can classify yourself under one to clearly explain and define your stance on veganism. For those interested in learning more, here are the kinds of veganism.

The Levels of Veganism

The first kind of vegan is the person that first comes to mind when you hear the word. These vegans do not use or eat animal products or their byproducts, period. There is no meat, poultry, or fish on the table. The same goes for the products of these animals and insects such as eggs, honey, and dairy.

Beeswax, gelatin, and animal fat are also not consumed as part of the total resistance to any animal-related produce. Even clothes, for example, leather, silk, and wool are not worn by these pure vegans. If there were true “levels” of veganism then this would be the highest level.

Keeping up with the core message of veganism which caters to animal rights as a central focus, Lacto-vegetarians do not consume meat, sea creatures, fowl, or even eggs. However, this type of vegan can have some dairy products in their meals. This means they can eat and drink milk, cheese, and yogurt.

Ovo-vegetarians can be seen as the opposite of Lacto-vegetarians in some way. The same products such as meat, sea animals, and fowl are not eaten by this group of people; but unlike Lacto-vegetarians, they can eat eggs. Instead, they cannot eat dairy products. This means they do not engage with materials made of cheese, yogurt, milk, mayonnaise, etc.

“Lacto” means milk while “ovo” means eggs. This name implies the kind of lifestyle led by a Lacto-Ovo vegetarian. They can consume dairy and eggs but still advocate against taking in anything made from living creatures such as meat, fish, and poultry. Some vegetarians interchangeably call themselves Lacto-Ovo vegetarians but also just refer to themselves with the former name to keep things simple. This kind of vegetarianism is more prominent around different parts of the world.

A unique and uncommon form of veganism, beegans abide by all other restrictions that come with a vegan diet except products from bees such as beeswax and honey. This movement was started as a way to support beekeepers.

This is a point of contention in the vegan community due to unethical beekeeping practices such as people taking all the honey from beehives while leaving none left for the bees themselves. Some beegans have taken it upon themselves to source honey only from ethical bee farms that are transparent about their honey collection methods.

Other Kinds of Diets that Limit Meat Intake

Pescetarian is a term that originated at the beginning of the 1990s as a portmanteau of the word “pesce” meaning fish and the already recognized term “vegetarian”. Some vegans do not consider this a form of veganism and some pescetarians do not refer to themselves as a vegan. Still, it is a diet that restrains one from eating red meat and fowl, preferring to only consume fish as a form of meat.

This form of veganism is heavily linked to many religious practices such as fasting in Christianity and in areas in Judaism that believe fish is kosher. Some pescetarians eat all sorts of seafood while others only eat fish.

Another food-limiting diet is that of pollotarianism which involves only poultry but no other red meat or fish and sea creatures. The most common reason for shifting to this kind of eating style is for health reasons. Some might also want to go into veganism but start slowly and work their way towards the end goal.

This plant-based way of living makes room for the occasional piece of meat. While this is not an entirely vegan diet it is a way to lessen one’s use of products that inflict harm to animals. This is also another path taken by animal activists that are considering going vegan.

If you were thinking of going vegan it can be a comfort to know that there are many different types. Others may think these are the levels of veganism while still others just use the terms as an easier way to explain their food limitations to restaurants. Whatever you choose your purpose can be a guide for you to better define what you allow yourself to consume, wear, and buy.