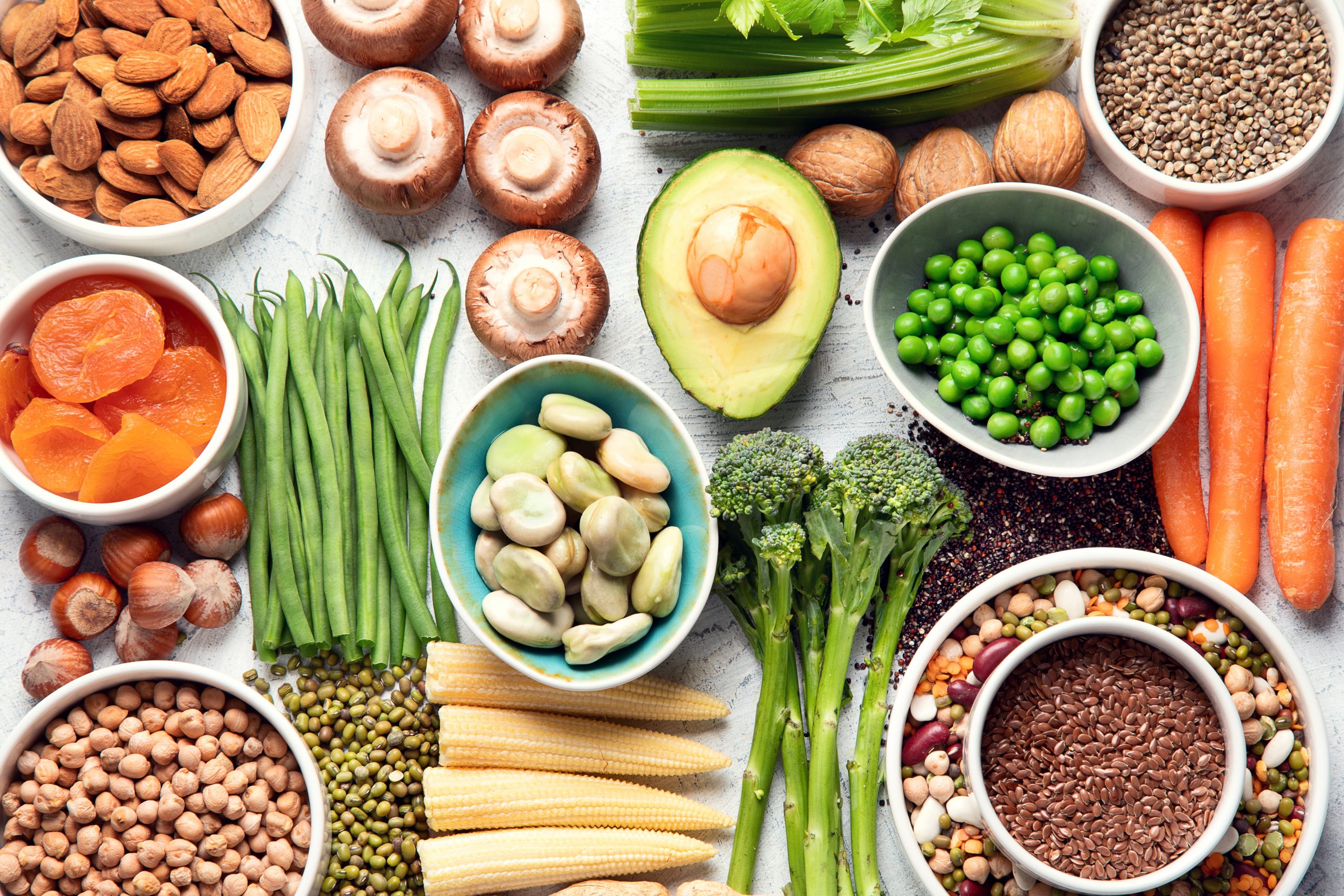 How to Get Enough Protein as a Vegan: The Complete Guide

There’s a common myth floating around that the vegan diet isn’t able to provide individuals with enough protein. Many individuals get most of their complete proteins by consuming meat and meat-based products, so it’s no wonder that there isn’t a lot of knowledge about the alternatives.

How to Get Enough Protein as a Vegan

The key factor in the discussion of getting enough protein is the idea of complete proteins.

Our bodies require 20 amino acids, 9 of which are required through diet. The body can regularly produce the other 11.

Proteins are composed of these amino acids, and many protein sources aren’t equipped with all 9 essential amino acids. When a protein source contains all 9, it’s considered a “complete protein.”

For example, someone who gets the bulk of their protein from peanut butter isn’t getting all of the essential amino acids. It’s possible to complement one protein source with another in order to get all of the amino acids you need, though.

This is where the argument that non-meat options can’t provide enough protein falls short. Eating a variety of protein sources and getting all of the essential amino acids is just as healthy as getting them all from one place.

Additionally, there are a number of complete protein options found in non-meat dietary options. Let’s take a look at a few of those options next.

Some of the primary sources of vegan complete protein are pumpkin seeds, barley and lentils, rice and beans, quinoa, buckwheat, soybeans, and chia seeds, just to name a few.

You’ll notice that “barley and lentils” and “rice and beans” are paired up. Those are two options that complement each other. While none of those options contains a complete set of amino acids, they work together to provide all of them when consumed together.

Additionally, they’re timeless combinations that people have been combining for many years. The art of complementing different sources of protein is something that will benefit you a great deal as a vegan.

While it’s absolutely possible to get protein from delicious meals that don’t utilize animals in any way, it’s more challenging than it is for those who do eat meat. This is the only factor of the carnivore argument that holds true: getting enough protein requires a little more thought than it does for others.

It might help you to create a list of foods and their corresponding amino acids. That way, you can be sure that you’re pairing the right foods and getting all of the nutrients you need.

Tips on Creating Your Diet

Just because you’re taking on a vegan diet doesn’t always mean that you’re being healthier. It seems as though becoming vegan will eliminate all unhealthy options, but this is simply untrue.

There’s still a good deal of thought and effort that should go into creating a diet that works for you and keeps you well.

The most important thing is to establish a variety of foods into your diet that offer different nutrients. It’s easy to get stuck making vegan burgers every night and relying on the same few products to get you through the day.

In any diet, one way to cover all of the bases is to take on the idea of a general variety. Purchase different fruits, nuts, seeds, grain sources, vegetables, and other products that you come across. If nothing else, consuming various new and unique foods on a regular basis will give you a better chance of getting all of the nutrients you need.

This is true for essential amino acids as well as all of the other minerals and nutrients that we need to remain healthy. Try to gear toward foods that grow from the ground, have only one or two ingredients, and have been consumed as food for most of human history.

In other words, try to avoid things that you can’t pronounce, have been processed, or don’t really look like something that your great-grandmother would think of as “food.”

Using Supplements to Help As You Get Started

It isn’t a bad idea to consult with a doctor after a few weeks of taking on your vegan diet. They might be able to run some tests and let you know where you’re lacking and what you could do to round out your diet and feel great.

One great thing to utilize is supplements. If you’re not getting enough of a certain kind of protein or you’re working out and trying to bulk up, there are a lot of vegan protein supplements that will keep you in good health.

You can also incorporate a multi-vitamin into your diet to round out the different areas you might be missing. It’s difficult to get started as a vegan, especially considering that there are so many meat-based options that are consumed on a regular basis by the rest of society.

Your mission to stop consuming meat flies in the face of the rest of society in a big way. Huge sections of the economy are based on the unfair treatment and consumption of animals, and those sections have massive budgets that want to get you back on the meat train.

So, if you have to try and use a supplement or two to get on your feet as a vegan, there’s nothing wrong with that! Whatever you can do to keep your diet away from meat is justified.

If you’re still looking for more ideas on how to get enough protein as a vegan, we’re here to help. There’s a big community out there that wants you to succeed, and we’re a part of it.

Explore our site for more ideas on improving your diet, restaurant options, and much more.