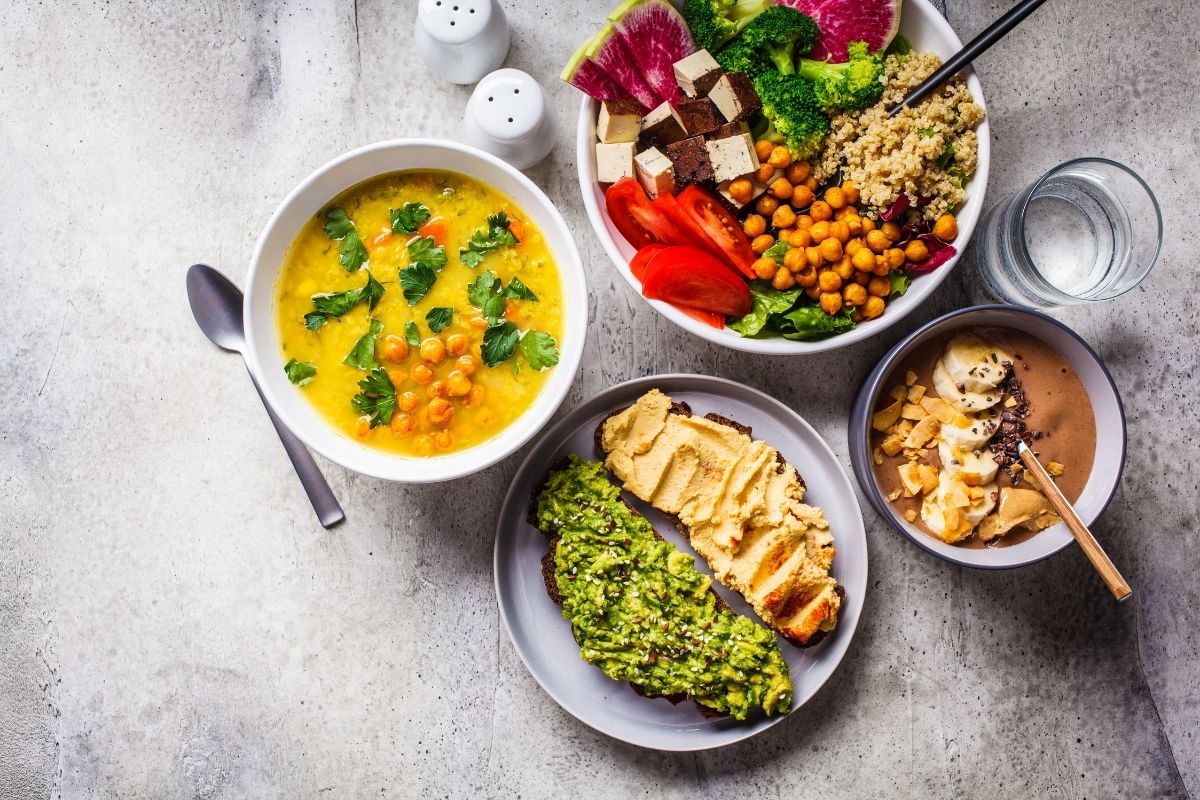 Vegetarianism vs Veganism: What’s the Difference

Over the past few years, especially in the past few months, there has been an emphasis on health and wellness. The rise in interest for plant-based options on the market today can greatly attest to this. As a matter of fact, the use of vegetarianism and veganism have gained prominence, with both terms being used interchangeably.

The demand for plant-based food and alternatives to meat and other animal products has exploded in the past decade alone. Because of this, it has transcended the level of being seen as a diet alone, and instead, has transitioned to be a lifestyle change and approach.

To meet this demand, the adoption and accommodation of vegetarian and vegan lifestyles have been more apparent. Restaurants and other dining establishments have come to produce special menus and selections for these eaters, while companies and businesses alike have taken to producing animal-free products and adding these to their shelves.

For those who are raring to make a lifestyle change, it can be quite tricky to navigate the fine line between vegetarianism and veganism, what with its wealth of similarities and its subtle differences. To know more about these, read on.

The Rise of Plant-Based Diets

The continuous rise of plant-based diets around the globe stemmed from a variety of concerns. While health and wellness remain at the forefront, other aspects factor in as well. These include the increasing impact of beef production and consumption on the climate, as well as the calls from celebrities and influencers who have been involved with saving the environment and have rallied for animal rights in the past.

Many people have also grown concerned about the way animals are treated for production and how these can potentially impact the way individuals consume them. It also helped that numerous documentaries, films, and television shows centered on the lifestyle change and the various benefits it can bring practitioners. Among these is The Game Changers and Okja by Netflix, sparking a widespread curiosity on plant-based consumption by shedding light on the horrors of the meat industry.

According to Reuters, a report from the EAT-Lancet Commission and the World Resources Institute said that a reduction, and even an elimination of animal protein consumption, can greatly help the impact of climate change in the world.

Younger generations, in particular, have made strides in changing the way businesses cater to consumer preferences. In particular, millennial and Generation Z markets have called attention to how the food production industry works and why there is a need to emphasize a more natural and sustainable supply chain.

In response to the demands made by these consumers, many companies such as Beyond Meat, Ben & Jerry’s, and even other non-food companies, such as the skincare industry, have participated and shown their support by creating dedicated lines to meet the needs of the people.

There are many reasons why one should explore plant-based food. Apart from contributing towards a more organic and sustainable future that lowers environmental and climate impacts, it also aids in leading a healthier lifestyle.

Plant-based diets and lifestyles, such as vegetarianism and veganism, are centered around eating whole foods. Through consistent and mindful consumption of fruits, vegetables, whole grains, and other similar food options, individuals are more likely to lower their body weight.

At the same time, the shift towards plant-based consumption also helps people reduce the risk of being exposed to other chronic conditions. These include afflictions such as heart disease, high blood pressure, heart disease, cancer, cognitive decline, and many other illnesses.

Given these benefits, it is quite easy to see why many individuals have become more intrigued about the idea of going vegetarian and vegan. Though both terms have often been interchanged, getting the lowdown on these two terminologies will shed light on how each lifestyle works, and by extension, how these are related and how each one differs as well.

What is a Vegetarian?

A vegetarian is an individual who consumes a diet that consists of plant-based food and beverages. By extension, it entails that vegetarianism calls for no meat, seafood, or other once-living animals are consumed. Animal products, however, may be included, such as eggs, dairy, honey, and the like.

More often than not, the shift towards becoming vegetarian stems from the need to lead a healthier lifestyle, such as to address certain health conditions. At times, however, this can also be tied to a person’s religious beliefs and practices, although there are still varying reasons for doing so.

What is a Vegan?

A vegan, on the other hand, is an individual who does not consume any and all types of animal products. The main tenet of veganism is that it does not include animal-based foods, such as meat, seafood, poultry, dairy, eggs, and other animal products derived from animal sources. This means that vegans also do not consume gelatin and honey.

As a lifestyle, however, veganism extends to a more holistic practice that calls for veering away from products being derived from animal exploitation. This means that using animal-based products and ingredients cannot be used in their day to day lives, including the use of leather, silk, wool, fur, and the like. The same way applies to other household and skincare products, with soaps and cosmetic items not being used if these are made with or are tested on animals.

This upholding of this practice can be attributed to feeling empathy with animals, as well as the belief that animals feel pain. It also follows that vegans practice a principle of kindness, compassion, and the belief that both animals and humans are equal, thus the veering away from animal products.

Differences Between the Two Lifestyles

There is no denying that leading a plant-based lifestyle remains supreme, especially in this day and age where people are more mindful of their consumption habits. However, shifting to this diet and lifestyle also means that individuals and communities must ensure they meet the minimum essential nutrients and requirements in order to stay healthy, like protein, vitamin B12, vitamin D, iron, calcium, and zinc.

From what one can see, veganism takes on a stricter and more restrictive approach to eating. While omitting animal products can be quite challenging to meet nutritional needs on this lifestyle, with vegans being prone to deficiencies, going on a vegan route is still possible with the help of supplements and other key plant foods.

More than the difference in food requirements and restrictions, some of the key differences between these two terminologies lie in their advocacy. For vegetarians, leading a healthier lifestyle, as well as religious support and preventing animal cruelty, are the main proponents. Meanwhile, the practice of veganism extends to a wider scale, such as the protection of both animals and the environment.

With the change of pace in the food industry, there has been an abundance of foods made available to both vegetarians and vegans alike. Plant-based offerings have also seen a heady increase, especially in restaurants, with alternative proteins and substitutes being made to cater to these growing communities.

For those who find themselves in Atlanta, trying out Life Bistro is a must. With its gourmet offerings, both vegetarians and vegans alike are sure to find something to tickle their fancy.

5 Practical Ways that Meditation Can Boost Your Mental Health

5 Practical Ways that Meditation Can Boost Your Mental Health