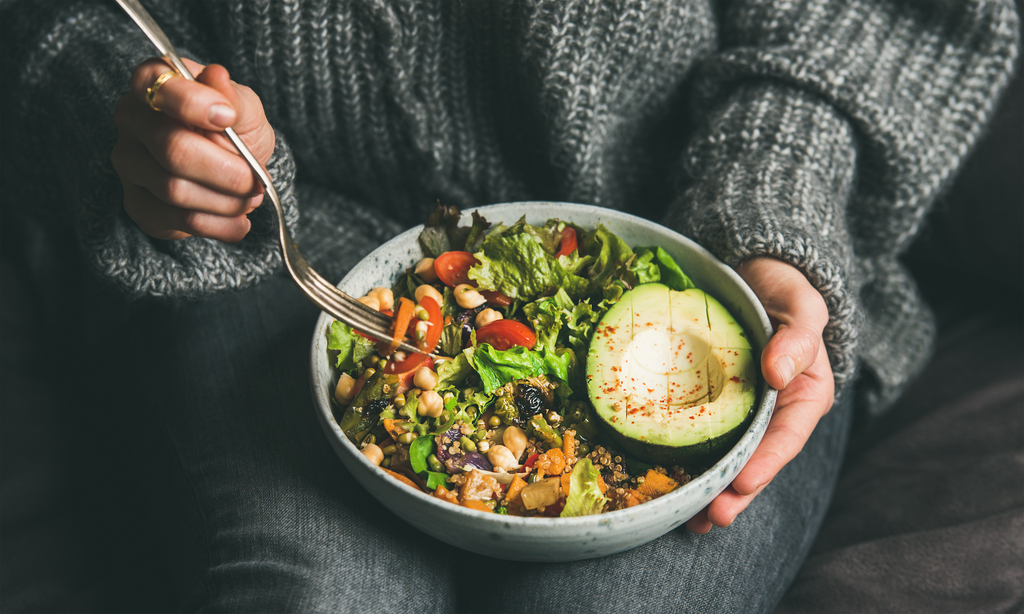 Veganism has been trending a little bit more than usual since the appearance of COVID-19 in the US. While there has always been a strict case for veganism covering everything from body chemistry to global warming, it seems that the choice to go vegan has been researched and explored a lot more frequently since March of this year than ever before. But why? Are more people switching to veganism since COVID-19 appeared? Here’s everything you need to know.

Why do people go vegan?

Vegans make up about 3% of the population in the United States. However, this number used to be an awful lot lower and it’s continuing to increase every day as more and more people make the switch.

Most people choose to become vegan for a few reasons. For one, they think the meat and dairy industries treat animals cruelly, and they’re not wrong. However, science is starting to show us that meat and dairy isn’t as healthy for our nutrition as we once thought. Another reason is that the meat and dairy industries contribute to pollution and global warming at a faster rate than the gas and oil companies. Others make the switch to help prevent overfarming, global animal-related pandemics, and creating strains of bacteria that are resistant to commonly-used antibiotics.

While only a small amount of people call themselves vegan, vegans face a lot of adversity for their ideologies. Most people have a strong anti-vegan stance, which is unfortunate since the plant based diet is scientifically healthier and better for the environment than a meat and dairy diet. Two out of three vegans experience daily discrimination in the form of off-handed comments. One on four vegans have lost a friend after switching to veganism even if they don’t force their ideologies on others.

Unfortunately, most Americans believe that meat is an important part of a healthy diet. In fact, the government tells us we should eat 5-6 ounces of meat every day to stay healthy. Same with dairy, they say you should drink an 8 oz glass of milk every day for strong bones and teeth. These beliefs are so ingrained in our society that most Americans find vegan ideologies to be threatening. They form biases against vegans for challenging their way of life.

Regardless, lots of people are still making the switch, for lots of reasons.

All in all, people switch to the vegan diet for a lot of reasons. Whether you’re health conscious, environmentally conscious, or you just care about the earth and animals, veganism is a great way to reduce your carbon footprint and help keep yourself and the Earth healthy.

The key takeaway here is that there’s a good possibility that many animal-related zoonotic illnesses would be less likely to spread in a pandemic style sweep if the majority of world switched to veganism.

While COVID-19 is not spread by eating animal products, the virus, and other zoonotic viruses like it, come from wet-markets where animals are kept in filthy conditions and slaughtered for food. Environments like wet markets and commercial factory dairy and meat farms are prime examples of breeding grounds for these diseases. Think about it. COVID-19, SARS, bird flu, swine flu, cholera, ebola. All zoonotic plagues start with animals in these types of situations and spread to humans.

Way back in March when the virus began to spread in the US, many activists were making their statements on the subject, going so far as to call for a global ban on wet markets. Not only are they “hell on earth for animals”, they can be terrible for humans too.

Another key activist published a column in the NY Times on Easter monday, discussing how COVID-19 and other plagues can be prevented. He argued that “Real prevention requires taking steps to minimize the chances of the virus or other infectious agents emerging in the first place. One of a number of crucial measures would be a more intelligent — and more compassionate — appraisal of our treatment of nonhuman animals, and concomitant action.”

If more people switched to veganism, factory farms and wet markets would cease to exist as prevalently as they do and the likelihood of more pandemic outbreaks coming from these farms would decrease drastically. That doesn’t mean that pandemics and plagues would disappear altogether, but it does mean that a vegan world would be a world with fewer animal-related diseases – and certainly one without COVID-19.

One thing is for sure, though. COVID-19 has shown us just how adaptable humans are. Even with the lockdowns and the uncertainty of thousands of lives on the line, we are able to make drastic changes to our lifestyles to protect ourselves and each other. The shift to veganism is one of those things that we could adapt to, improving our health, the lives of animals, and the health of our planet. It could even reduce the threat of other health crises related to animal agriculture, like antibiotic resistance, pollution, and climate change.

In fact, human lives are at stake while we squabble about what we should and shouldn’t be eating. This isn’t at the individual level, either. This is a collective decision about what proper nutrition looks like and it’s become a political and economical stance that has major negative impacts on health, mortality rates, and the economy within the population.

Regardless, we’ve shown that we are capable of making drastic changes to our lives to protect each other in the days since COVID-19 appeared. Moving away from animal-based foods and towards a plant-based diet by skipping meat and dairy some days or taking the plunge and going fully-vegan can save lives, of both humans and animals.

Acknowledging all of this is the best chance we have to keep the environment, the animals, and other people safe. Switching to veganism or even a mostly plant-based diet can help prevent the next global health crisis, and that’s why so many health, environment, and politically-conscious people are making the switch to veganism during COVID-19.

If you want to become vegan and don’t know how, stop in to our restaurant where we serve amazing vegan food so good that you don’t even miss the meat!