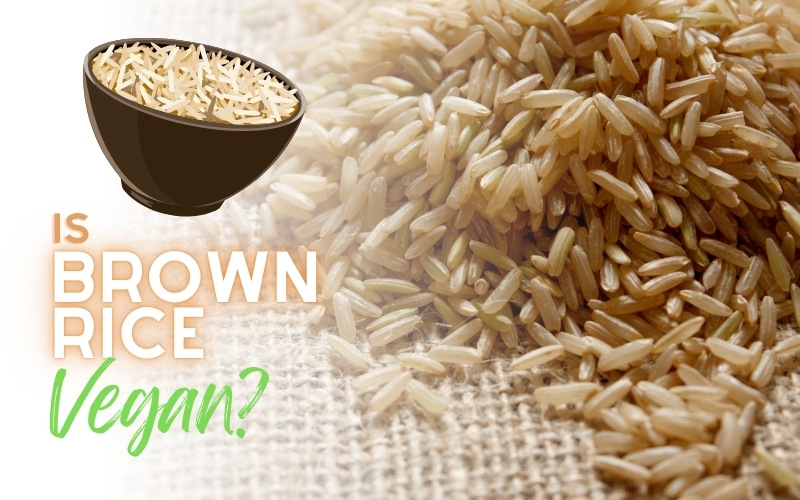 When you first start your vegan lifestyle it could dampen your spirits thinking you will have less of a variety in your meals. Fortunately, the world of plant-based diets can open up even more types of vegetables and grains you would not have considered or encountered before. For some, this has led to their discovery of brown rice. But, just like most plant-like food, it looks clearly to be vegan on the surface. Just to be sure, below is all the information you need about brown rice in the life of a vegan.

Before describing brown rice, it might be good to know what rice is to find out if it is appropriate for vegans to eat. The vegan staple is a grain, a seed that classifies it as part of plant-based food and veganism. These are harvested from the plant named Oryza sativa. Lots of people simply call it “Asian rice” due to its abundance in the cuisine. Other variations include Oryza glaberrima or “African rice”, Oryza japonica, and Oryza indica.

Now onto the main question asked here: is brown rice vegan? As a type of rice and the one health experts even deem as the healthier kind— yes, brown rice is vegan. Much like most types of rice barring those enriched using animal protein, brown rice can be consumed as part of a vegan diet. There are even many benefits to including it in your meals.

Does this mean you should only eat brown rice? Let’s see what the differences are.

What’s the difference between the two? Rice grains usually contain 3 parts: germ, bran, and endosperm. Brown rice maintains all three parts while white rice only has 2: germ and bran. This leaves white rice with the least nutritious part: the endosperm. While some like the starchy taste of it white rice are stripped of many of its nutrients due to this.

On the other hand, brown rice is a whole grain, keeping its high levels of fiber, phosphorus, magnesium, niacin, and vitamins B1 and B6. If you’re looking for more nutrients in your white rice, enriched white rice might do the trick granted you choose a vegan-friendly brand.

So which one should you eat? The debate has been long on this one. What most people will tell you is that brown rice is healthier so if you like how it tastes why not go with the one that’s better for your body. This would be the answer for the majority but there are also certain kinds of people who would benefit more from a white rice diet because of the abundant nutrients that brown rice has to offer. Here is the breakdown.

Who Would Most Benefit From Eating White Rice?

Who Else Would Most Benefit From Eating Brown Rice?

Now that you have an idea whether you should be eating brown rice or not, let’s see how you can cook it.

[Also read What are Ovolactovegetarians: Benefits, Risks, and Tips]

How to Prepare Brown Rice

You can use a rice cooker to prepare your rice, making sure that you rinse and pour in as many cups as further instructed here. Another way is to use a pot over a stove.

First, pour as many cups of brown rice as you need in a bowl. Rinse it only once or twice to avoid taking all the nutrients out of it. This entails pouring water into the bowl and mixing the rice and water with your hands and then pouring the water out once again.

Place your rice into a pot and add as many cups of water as the cups of rice you added. Take it a step further and add an extra one-fourth cup of water to the bowl.

Bring the flame up to a high. Once the water boils, stir the rice. Cover the pot and let it simmer for 30-40 minutes, checking on it and stirring from time to time.

This is more time than white rice which takes around 15 minutes. Once you’re done you have yourself a great vegan staple on your table!

How Can You Include Brown Rice in Your Vegan Diet?

Rice meals can be incredibly filling for any hungry vegan. You can easily create these by pairing or mixing rice with beans, chickpeas, lentils, edamame, mushrooms, or tofu. Different sauces such as cashew sauce, lemon tahini, or tomato sauce can also add some flavor to your diet. Top your rice meal off with some chocolate mint leaves, cilantro, oregano, or whatever garnishing fits your theme of the day.

Rice, by itself, is already a great option for vegans from all over. With many different varieties such as jasmine, white, and basmati, you will be sure to have a grand time trying out all sorts of combos. When looking at nutritional value though brown rice has numerous benefits to the heart and for people with diabetes. Maybe it’s time to try the underrated option.

Reasons to Try Alkaline Salads & Recipes to Start You Off

Reasons to Try Alkaline Salads & Recipes to Start You Off