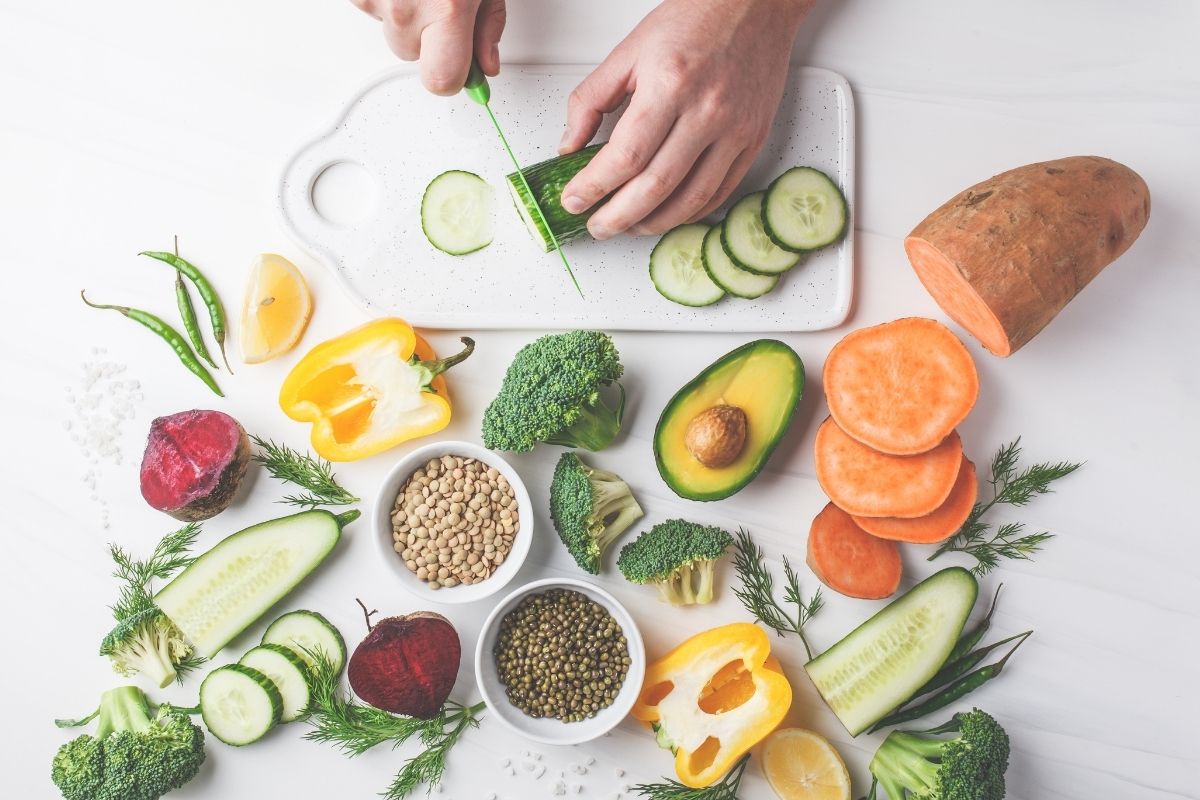 What Is a Vegan Lifestyle?

Many people believe that living a vegan lifestyle is similar to following a diet plan. After all, avoiding eating meat or animal goods is among the most well-known features of the vegan lifestyle. However, by emphasizing nutrition as the heart of veganism, we may be doing vegetarians a disservice.

Veganism is about considerably more than just regulating what goes into one’s mouth, and neglecting these other aspects of the vegan lifestyle diminishes its potency. If you’re thinking about becoming a vegan, it’s vital to understand why you make certain choices as a person, and why you like to forgo items that others take for granted.

No, you are not required to become an academic researcher or to inform everyone you encounter about your vegan diet. However, living your ideals is an important element of the movement. Rather than simply stating them, you exhibit them through your actions and inactions.

What Is a Vegan Lifestyle?

Veganism is a belief and lifestyle that rejects the existence of other animals for our benefit. We were all here on this planet for a reason, and creatures other than people offer just as much to our environment as we do.

Vegans think that instead of just living as “apex predators,” people can coexist with creatures. Rather than imposing our will on animals, we may assist them in leading as natural a life as possible. Diet is an important part of the vegan lifestyle.

Vegans refuse to consume meat, eggs, dairy, or any other livestock byproduct, even honey produced by bees. But it’s a lot more than that. Animals are known to be employed in the production of a wide range of consumer goods, including soaps, cosmetics, and clothes.

Vegans, for example, use synthetic materials rather than wool from sheep, llamas, alpacas, and other animals. True, these animals aren’t slaughtered for their fur. They are, however, terrified throughout the shearing process, which they do not comprehend, and are left without their natural shelter from the outdoors.

The vegan way of life is all about intention, but it’s also about awareness. Before purchasing something from the shop, a vegan analyzes whether it has had any negative influence on animals.

Meat consumption, even in modest amounts, has been linked to an increased risk of cancer. According to a research published earlier this year by Oxford University, consuming only three rashers of bacon each day can increase cancer risk by 20%.

A vegan lifestyle has also been shown to reduce the risk of cardiovascular disease. Meat is rich in saturated and trans fats, both of which can raise blood cholesterol levels. Cholesterol increase the danger of stroke, blood pressure problems, and heart disease by causing fatty deposits in blood vessels.

As per the Physicians Committee for Responsible Medicine, many vegans have healthier eating habits and better moods. Furthermore, up to 60% of the items we use on our bodies are absorbed via our skin and end up in our bloodstream. Phthalates and parabens are common ingredients in cosmetics.

These substances have the potential to disrupt development and reproduction, as well as induce neurological problems. The nervous and immunological systems might be impacted as well.

Although not all vegan beauty companies utilize natural ingredients, an increasing number do. Vegan cosmetic items are made with genuine flowers, essential oils, and plant extracts.

Is Vegan Lifestyle and Diet Good for Everyone?

Despite the fact that most older Americans still like steak and chicken, an estimated 2.5 million people aged 55 and over have switched to a plant-based diet. Some people choose to become vegetarians or vegans because they cannot tolerate the notion of killing any living thing. Some do it for the health benefits, which appear to be numerous.

Although vegetarian and vegan diets can be healthful, they may be deficient in some nutrients. To obtain adequate protein, calcium, iron, and vitamin B12, you may need to be a bit creative. Keep in mind that becoming a vegetarian does not give you free reign to eat anything you want, especially if you’re trying to lose weight. Limit foods high in fat, such as ice cream, whole milk, and cheese, in favor of fruits, vegetables, and whole grains.

Vegan lifestyle is a good choice. It is indeed a healthy way of living and consuming nutritious goods. Vegetarians and vegans must, however, consume a balanced and nutritious diet that satisfies all of their health value.

Jumpstart Your Vegan Journey with these Recipes

Jumpstart Your Vegan Journey with these Recipes