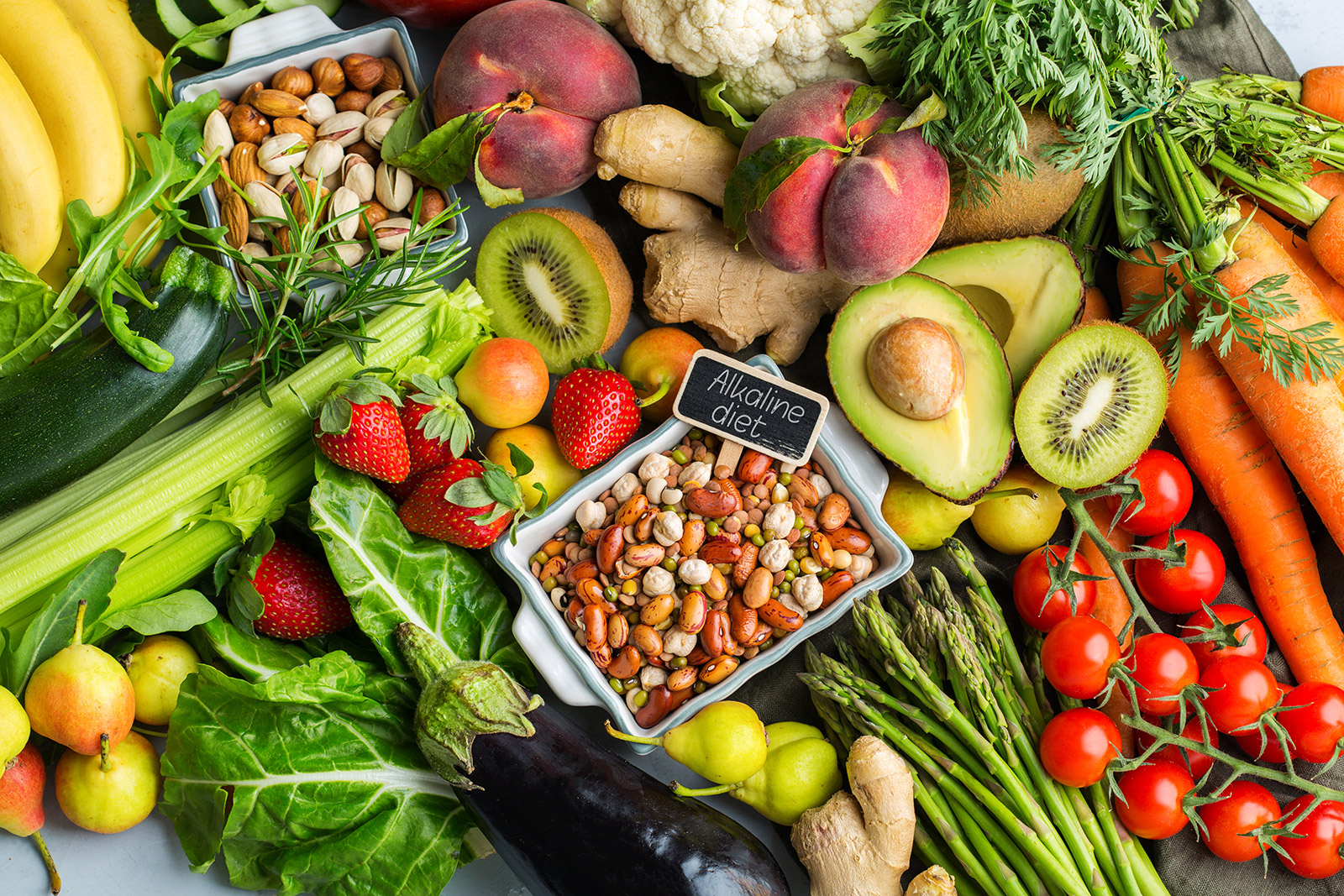 What is an Alkaline Vegan?

Veganism and plant-based diets have drastically grown in popularity in recent years. Although Veganism is not a new concept, as it has been popular in India for thousands of years, it is quite novel to the Western civilization, whose traditional food pyramid places both meat and dairy products as one of the most important parts of your diet. Through studies, the incredible benefits that a plant-based diet can have on your health have become more widely known and addressed in mainstream media, documentaries, and have gained celebrity and athlete support. With these factors combined, veganism has amassed plenty of supporters. Once you dive deeper into the world of veganism, you can recognize that there is a variety of factions of veganism that you can identify with. Ranging from raw vegan to fruitarian, there is an option for everyone. The specific diet we will be discussing today is the Alkaline Vegan diet.

What Is An Alkaline Vegan Diet?

Now you may be wondering, what is alkaline vegan? If you take into account everything that you have learned thus far in your schooling, you can probably distinguish alkaline versus acidic, but that is where our knowledge usually stops. The alkaline Vegan diet focuses primarily on eating foods that create an alkaline environment in the body. Research has been conducted, that suggests eating a primarily alkaline vegan diet allows your body cells to function optimally, and can aid in preventing diseases such as high blood pressure, heart disease, and stroke, among others.

While this may sound simple, choosing primarily alkaline foods, it becomes more complex with foods that are acidic by definition, but their byproducts that they breakdown into in the body are in reality alkaline. Such foods include the most popular acidic fruit, lemon. What alkaline vegan diet takes into consideration is not the acidity of the food as it is measured in its original form, but rather the acidity of the compounds it breaks down into and what effect they have on the body.

What Should I Not Eat on an Alkaline Vegan Diet?

If you are considering becoming vegan or you already are, then you will already be cutting out the most acidic foods of them all; meat and dairy. That is the first and most important step as they rank quite high on our list of acidic foods. There goes half the battle, now onto the more complex parts of the alkaline vegan diet. While eating fruits and vegetables is incredibly great for you, both mind and body, eating excess amounts of acidic fruits and veggies could have some negative side effects. It is important to distinguish that some foods labeled as “healthy” can be simply too acidic for your body to enjoy the benefits of them. Below is a list of fruits and vegetables that according to the alkaline diet you should limit your exposure to. Fruit includes prunes, plums, and cranberries. Vegetables include corn and olives.

Most grains and processed foods are also highly acidic for the body. Some of the grains that are not advised to be consumed by the alkaline vegan diet are rice and wheat. This means that your typical white bread, cake, or anything made with white flour is acidic and should be avoided. White rice, a staple in many cultural diets, is also quite acidic and should be replaced with a non-glutenous grain such as quinoa or buckwheat.

Sugar is another point on the list that should be avoided by everyone that cares about their health and leading a healthy diet and lifestyle. It is the main contributor to inflammation that leads to most diseases. Sugar is also on top of the acidic food list, alongside processed foods, alcohol, and caffeine. Yes, unfortunately, your morning cup of coffee would be included in the list of highly acidic foods. Caffeine is on top of the list as it is extremely acidic and excess amounts of it can contribute to acidosis. Combined with sugar and dairy creamer, it is a lethal combination for the body.

What Can I Eat?

While the list of things you should not eat on an alkaline vegan diet is long, so is the list of things that you can eat. It may sound like by switching over to the alkaline vegan diet you are giving up most of what your current diet consists of, but the reality is, your diet should not be consisting of those foods in the first place, as they are highly damaging to your body. The alkaline foods list is quite extraneous as there is a multitude of foods that are not only great for your mind and body but taste delicious as well. Some of those foods include avocados (YES you can have your avocado toast) and any green vegetables. Citrus fruit, although acidic in taste is alkaline for the body, so oranges and lemons are on the allowed foods list. Any vegetable is alkaline, except for a couple we mentioned above. Fruits are typically alkaline, and yes, while they do include sugar, it is broken down in the body differently than processed sugar is, so you should not be worried about the potentially harmful effects on the body. Fruits such as blueberries, apples, mangoes, and limes are high on the alkaline list of foods. Not only delicious but packed with vitamins and nutrients essential for your body.

We recommend using a list such as the one we found on mbgfood to determine whether the foods you are interested in incorporating into your diet would fit the alkaline vegan guidelines.

Health is wealth is one of the most accurate statements of all time. Whatever your reason for wanting to transition to a vegan alkaline diet is, you must research what foods would be the best fit to suit your new diet. Making such a transition is a huge step in the right direction for your mind, body, and spirit, and we are here to encourage you to take the leap. For more information on the Alkaline Vegan diet, be sure to check out the rest of our posts.

5 Vegan Breakfast Ideas Worth Your Indulgence

5 Vegan Breakfast Ideas Worth Your Indulgence